Chattanooga MC Eazy Steve has blessed us here at NHWWW with the first official look at his brand new album Simply Steve.  From the very beginning, Eazy Steve chooses to capture listeners with an intro that features an acapella rhyme that forces you to listen to the lyrics instead of focusing on a beat to showcase Eazy Steve’s talents.  Stand out tracks such as “Tres Dope” and “1993” are fun to listen to and at the same time used to express exactly where Steve is coming from.  “Thanks B.I.G.” is used to properly pay homage to the great Mr. Wallace, who has been an inspiration to countless artists.  The track entitled “Robots” that features Steve rapping over an acoustic guitar is very much something to behold as the incredible concept is somewhat reminiscent of a country type of song further displaying Steve’s versatility.  Simply Steve features production from  Jae Monee, LogiC, Zan Dretti, Taylor Smith as well as many other talented individuals.  Steve does not leave out his crew from The Neighburrrhood as B Brooks, J.O. and X7Mill all make eye opening appearances of their own.  Simply said, Simply Steve has turned out to be a superb release for some kid from Tennessee with his first studio album.

J.O. is a Hip-hop artist from Chattanooga, Tennessee. Flying under the banner Neighburrrhood. He is a artist that stays true to his southern roots coming with mind boggling lyrics on a down south beat! Available for a name your price download, this is J.O.’s dope freshman project entitled  A Voice From Within. 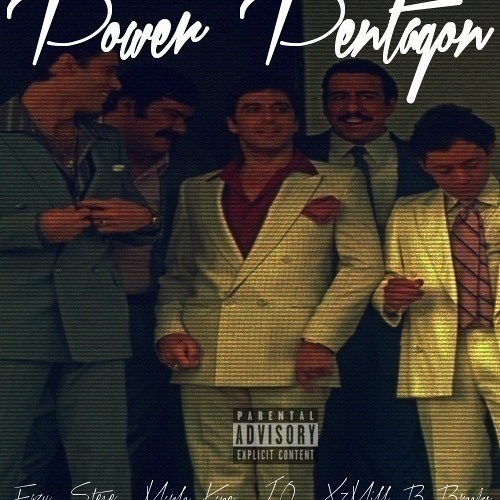 The Neighburrrhood officially has released their first collaborative track “Power Pentagon”, or “423”. The track celebrates the group’s city of Chattanooga and embodies dope rhymes over a smooth beat. X7Mill opens with an introduction to the track and is followed by Eazy Steve, Marlo Kane, J.O. and B Brooks.