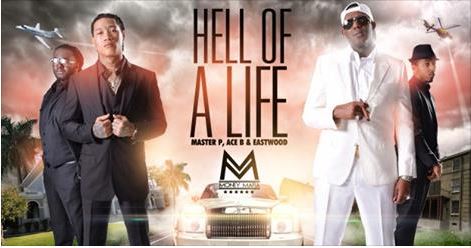 Formed in 2011 by Frankie Prada, New York City’s Money Mafia is speaking out towards hip hop mogul Master P about his recent use of their copyrighted name. In the video clip seen below, Money Mafia member Setic One opens up to the underground show Down In the Dungeon about his point of view and feeling on the subject,  In a direct email to NHWWW Setic one states, “I, My founder Frankie Prada, along with Siin Citi, B Cereus and Sky feel highly motivated to get the answers and respect we deserve for the blatant disrespect Master P & No Limit Forever have demonstrated through the action of this situation.”

Not only claiming that their name has been used by the founder of the No Limit movement, Money Mafia has also claimed to reach out to Master P’s camp but received no response.  Frankie Prada, founder of New York’s Money Mafia has gone on the record to say, “Master P knew exactly who we were and didn’t care because they had financial backing figuring that they will be able to make us irrelevant but little did he know the team was copy written and cosigned by other groups, such as Coke Boys, Universal and IMF Recordings.”

If the claims from Prada, Setic One, and the Money Mafia are beefy enough to be held up in a courtroom, it looks like Master P may have to cough up a couple of those bags from the Money Mafia logo. Setic One closes with, “As an artist I think many will think they have the upper hand because of the financial backing they uphold but it gives no excuse to use shady tactics and steal a brand already establish just to advance your leap back into the game. Hopefully this won’t only help come to an agreement but also place an example to others that not everyone will stand for this type of disrespect.”